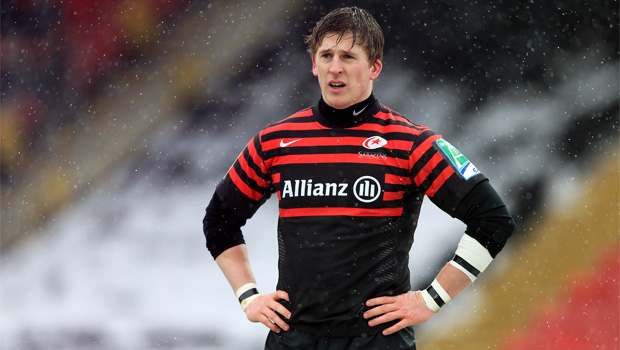 David Strettle admitted it was a blow to find himself demoted to Saxons squad but insists he is refusing to give up on his dream of representing England again.

The 30-year-old Saracens flyer has won 14 caps for the Red Rose since making his debut against Ireland in 2007 but looks to have a fight on his hands if he wants to get back into Stuart Lancaster’s plans.

There seems to be a number of options that the England coach has at his disposal, with London Irish’s Marland Yarde and Christian Wade of Wasps the latest rising stars earning praise – although the wing position has hardly been nailed down, with Chris Ashton coming under pressure for his place.

Strettle is taking a philosophical approach to his Saxons place and remains hopeful that he can get back into the Elite Player squad this season.

“Obviously I am very disappointed to be in the Saxons,” Strettle told the Telegraph. “But I always seem to be there at the start of the season and then end up in the Elite squad halfway through the season.

“You just accept it and get on with it. You just play the best you can for your club and hopefully the country will take care of itself.”

The former Harlequins star is determined to knuckle down and do his talking on the pitch for Saracens, having made an excellent start to the season with a brace against Gloucester.

“When you play on the wing a lot of young lads are talked about,” he says. “Nothing gets your name in the headlines more than getting over the try line. You just have to accept that there are a lot of good lads out there, and week in, week out they are playing really well.”

Saracens have got their campaign off to a flyer with two bonus-point wins from the first two matches and welcome back Alex Goode, Mako Vunipola and Schalk Brits for the visit of Bath on Sunday.