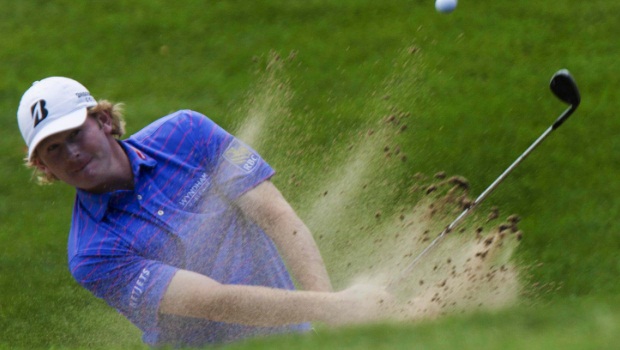 Brandt Snedeker set the pace on day one of golf’s BMW Championship, posting seven birdies in a round of eight-under-par 63.

That dream first round sees the American lead compatriot Zach Johnson by one shot to keep his hopes alive of landing the $10million pot for topping the end-of-season FedEx standings.

Snedeker began in Illinois in 9th place, but had a round to remember as birdie after birdie was sunk. He went on to record an entirely bogey-free round, and a similar performance will make it hard to dislodge him from the top of the leaderboard.

Snedeker himself could not believe how well he played.

“It was one of those days where everything seemed to go right in the middle of the round,” he said.

“I got off to a slow start and made a great birdie from off the green on 13 that got everything moving in the right direction, and to roll off seven birdies in a row came out of nowhere. I wasn’t expecting it.

“I hadn’t been playing the best, to say the least, and to get on a roll like that is always welcoming.

“I realise it’s going to be a completely different golf course tomorrow if the wind changes.

“I’m excited I got my one low one in me out of the way early and can go out and play some solid golf the rest of the week.”

The hunting pack will begin day two right behind Snedeker, and after Zach Johnson there are the likes of Tiger Woods and Steve Stricker just three shots off the lead, while Adam Scott is lurking as well.

The FedEx rankings current leader Henrik Stenson, who has been in red-hot form, carded a one-over par 72, hindered by a round of six on the 13th hole, while Lee Westwood and Rory McIlroy had rounds to forget.

Westwood is carrying a back injury though, and will do well to make the final 30 players that will contest the last FedEx round in Atlanta next week.