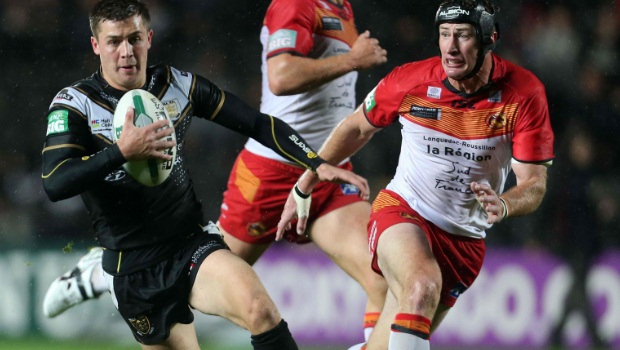 Hull FC begin their quest to rescue a so far fruitless season when they welcome Catalan Dragons to the KC Stadium in the Super League play offs.

Big things were expected of Hull this season as the board spent big in a bid to end a trophy drought that has lasted seven years.

So far the move has not paid off, but coach Peter Gentle saw his side win four of their last five league games in the regular season to finish sixth, one place above tonight’s French opponents, and qualify for the end of season play offs.

They had their limitations cruelly exposed in the Challenge Cup Final when steamrollered by Wigan, and know this is their last chance of getting something out of the season.

It is therefore a timely return tonight for captain Gareth Ellis, and coach Gentle knows just how important he is to them.

“We know we can be better than what we have been and we need to be, but it’s good to have Gareth back this week,” he said.

“Gareth has been terrific for us at training this week, he’s been very vocal and he’s used to playing in semi-finals, so that’s a boost.”

The Dragons will not turn up devoid of optimism though, having beaten Wigan near the end of the regulation season, and they gave both Leeds and Warrington a run for their money before losing to both those top sides.

However, the Frenchman have been beaten on each of their last five visits to the KC Stadium, and line up tonight knowing that the losing side go straight out of the competition.