Golf: Simpson happy to get it done 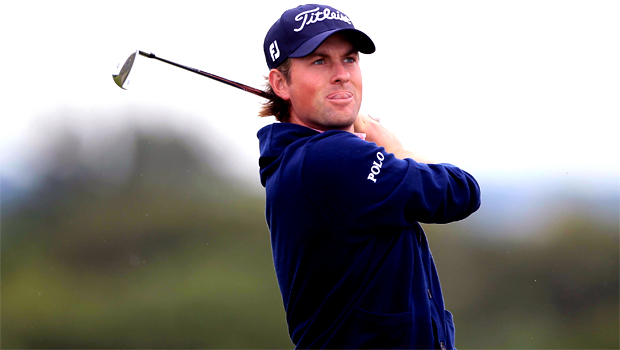 Webb Simpson was delighted with both his form and the fact that he finished his round, as he shared the clubhouse lead at The Barclays at 9-underpar, with the second round suspended due to fading light.

Last year’s US Open winner was forced to play 29 holes on Friday following the adverse weather conditions on the opening day and completed his first round with a score of 67, before going one better in his second to post a half-way score of 9-under par.

The 28-year-old managed to fire seven birdies in his second effort and was happy with his efforts so far, despite carding back-to-back bogeys on holes nine and 10.

“My main goal…I just wanted to get done today. It just felt nice to putt out on 9, knowing that I’ve got tonight to sleep and catch up on rest.”

Simpson shares the clubhouse lead with Gary Woodland, who followed up his opening 69 with a superb round of 64 – a round matched by Rickie Fowler, who has now moved into contention after a first effort of 71.

Keegan Bradley was in supreme form as he carded an even better round of 63 to move alongside Fowler and Adam Scott (66) at 7-under in the clubhouse.

However, fading light brought an early end to the second round for some with Matt Kuchar currently leading the way at 10-under-par with five holes left to play.

Justin Rose can also improve his position as he is at seven-under through 14, while HenrikStenson, Jim Furyk and Morgan Hoffman will be looking to climb up the leaderboard from -6.