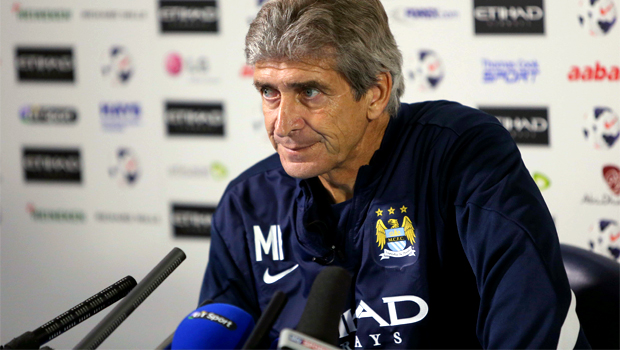 Manuel Pellegrini says he was delighted by Manchester City’s exciting display in Monday’s victory over Newcastle and has urged his players to continue in the vein against Cardiff.

Pellegrini is a coach known for his preference for playing attacking football and, after City were accused of being too ponderous at times last season, it looks as if the Chilean has already stamped his mark on the team.

The Blues were in imperious form on Monday as they totally outclassed the Magpies, with David Silva, Sergio Aguero, Yaya Toure and Samir Nasri all finding the net in the 4-0 victory.

However, the Citizens will be without captain Vincent Kompany who limped out of the clash against the Toon and now faces a month on the sidelines with a groin injury.

Despite the loss of their skipper, Pellegrini believes his players are enjoying their newfound freedom and is confident his side will be able to continue their form against the Bluebirds.

“I think we played in the way I want my team to play. It is an aggressive team,” Pellegrini said. “During the game, we were scoring goals and not playing depending on whether we were winning or losing.

“We tried to play 90-minute football. I am sure the players are enjoying this way and we will try to continue.

“It was just one match, but it is very important to continue this way and at the end of the season we will see who has won the title,” he added.