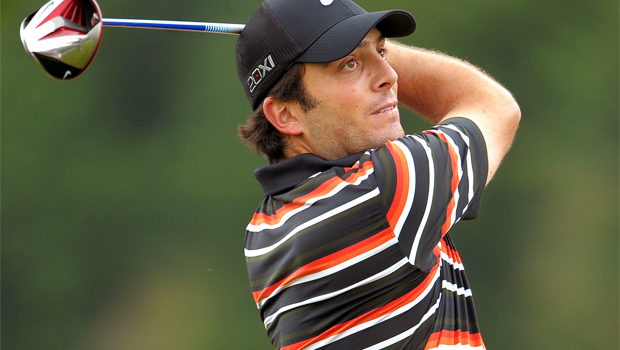 Francesco Molinari will tee off in this week’s Portugal Masters on a high after helping Continental Europe clinch the Seve Trophy at the weekend.

The Italian held his nerve at St-Nom-La-Breteche in Paris on Sunday to gain the deciding point over Great Britain and Ireland’s Chris Wood to give his side their first Seve Trophy success since Sunningdale in 2000.

Now the 31-year-old, runner up in Portugal in both 2009 and 2010, will bid to go one better when the tournament gets under way at the Oceânico Victoria Golf Course in Vilamoura on Thursday.

In 2010, Molinari posted two middle rounds of 10-under-par 62, but poor rounds either side saw him finish two shots off the winner Richard Green who will be in action again.

Defending champion Shane Lowry of Ireland and past holders Tom Lewis, Steve Webster and Spaniard Alvaro Quiros are all down to play as well.

One player for whom the Portugal Masters is very important is last season’s Sir Henry Cotton Rookie of the Year, Ricardo Santos, who will be out to strengthen his claims of a place in the season-ending DP World Tour Championship.

Only the top 60 in the Race to Dubai qualify, and Santos, currently in 55th place in the standings, revealed how much this weekend means to him.

“I’ve put myself in position to play in Dubai,” he said. “I want to have a good week in Portugal to make sure I’m there.

“The Portugal Masters is always a special event for me because it’s my home country and my home club. I know the course better than the other players and I always have a big crowd supporting me, including my family and many friends.

“I live two minutes from the course and my wife is the marketing manager there. It’s an exciting week for me and all the Portuguese players.”

There will be no fewer than 14 Ryder Cup players in action over the four days and in addition those outside the top 110 in the standings will be seeking to guarantee their playing rights for 2014.