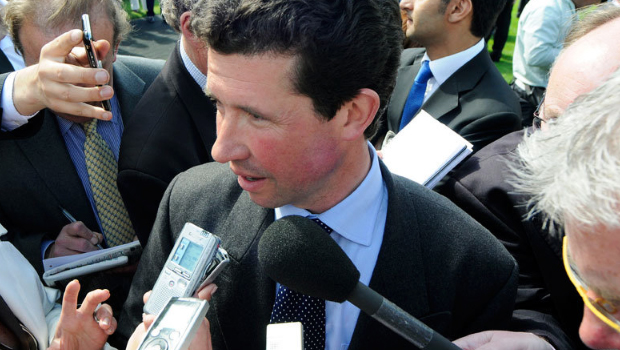 Smoky Hill will line up in the Cesarewitch on Saturday bidding to become the first French-trained winner in 67 years.

The last Gallic raider to successfully land the prestigious Newmarket marathon was a certain Monsieur l’Amiral in 1946, but Smoky Hill’s trainer Mikel Delzangles feels his charge could be the one to end the drought.

The four-year-old has come in for consistent support this week despite the fact there are plenty of other quality stayers among the 43 that stood their ground on Monday, including the Lady Cecil-trained Tiger Cliff who carries 9st 10lb.

In contrast, Smoky Hill is set to shoulder just 8st 11lb providing the weights don’t rise, and his trainer reckons that he has a well-handicapped contender.

Delzangles, who sent out Makfi to win the 2,000 Guineas at Newmarket in 2010, said: “Smoky Hill is definitely well handicapped off a mark of 90 given that he ran so well when fourth in a Group 3 last time out, after the weights came out.

“We nearly ran him in the Prix du Cadran but this race is worth more and we can always go for the Cadran next year. With over 30 runners he is going to need some luck but it is always great to race in England.

“The distance will suit him as, rather surprisingly given that his dam, Danasakya, was placed in the Cheveley Park Stakes, he is a very strong stayer.

“It would be better if we got a drop of rain. But Smoky Hill will still run whatever the ground.”

The Cesarewitch, with its total prize fund of £250,000, is the joint-richest handicap in Europe.