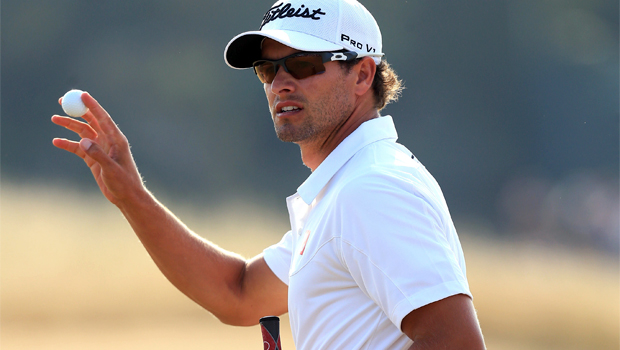 Adam Scott believes the International side are ready to break their duck on American soil ahead of the first day of the Presidents Cup on Thursday.

Nick Price’s men take on Team USA at Muirfield Village in Ohio and will be looking to improve their rather torrid record of just one victory since the tournament was first played in 1994.

On paper, the Americans have a far stronger squad and their superior record in the Presidents Cup stands in stark contrast to their recent efforts in the Ryder Cup.

The numerous cultures in the International dressing room also means they have the ability to create a unique team spirit and this time around they may also have the quality to cause an upset, with five major winners in their side, including 2013 Masters champion Scott.

Having practiced with a number of his team-mates over the last few days, the 33-year-old believes they can all “beat anyone” on their day and feels this week in Ohio could see his side claim their first win on American soil.

”It’s hard to write off guys who are in the top 60 in the world because on any given day anyone can beat anyone, and we’ve seen that a million times, especially in 18-hole match play,” Scott said.

”I think we’ve got a team that can win this week, but the only way we can do it is by playing good and wanting it more than the Americans.

“I love the fact our whole team is 12 ball strikers. Everyone really hits the ball well, and if we get enough of us playing well, then we are going to be tough to beat.”