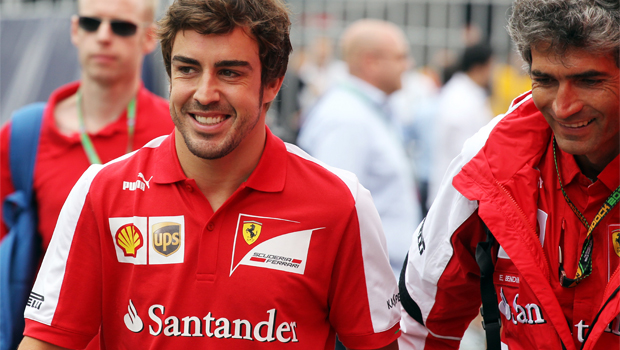 Fernando Alonso says that the recent drama in the America’s Cup has shown him that he can still win the Formula One world championship in 2013.

The sailing event recently caught the attention of the media when British Olympic hero Sir Ben Ainslie guided Team USA back from an 8-1 deficit against Team New Zealand to win the event 9-8.

Alonso watched the event intently and identified with the American team’s plight, due to him currently sitting 60 points behind Sebastian Vettel in the world title standings.

Despite sitting second, the Spaniard has only been able sit back and admire as Vettel has dominated the competition, winning the last three races and is the clear favourite to make it four in a row this weekend in Korea, having claimed victory at Yeongam in 2011 and 2012.

Alonso himself won at the track in 2010 and with the circuit being one of the most technical on the calendar, his nous could well benefit him.

You get the feeling that the 32-year-old will need to take the chequered flag on Sunday if he is to keep his championship dreams alive and although he admits he will need a bit of luck to become world champion, he still believes he can surpass Vettel.

“The president and me think anything can happen,” said Alonso. “Like the America’s Cup, we saw the American team was 1-8 down and they won 9-8.

“We know it would be difficult, but if you have two lucky races, things can change very quickly. But we need a lot of luck; we know that. If we have luck, everybody can be sure that we will be there to take [advantage]. We will not give up until it’s mathematically impossible.”