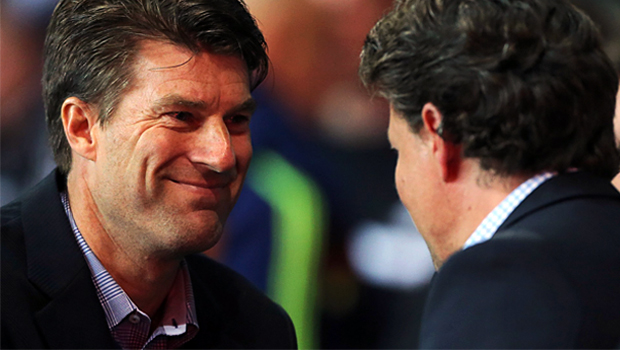 Swansea boss Michael Laudrup has warned his side they cannot take anything for granted when they face St Gallen on Thursday.

The pair meet at the Liberty Stadium in the Europa League and after crushing Valencia 3-0 in their opening group clash, the Swans are expected to cruise to victory.

The Welsh outfit are undoubtedly a team on the up, winning the League Cup in just their second season in the top flight, but have struggled to find their rhythm this term and currently sit 13th in the table.

The Swiss outfit arrive with some pedigree, having beaten Spartak Moscow on their way to the pool stages, while they also famously defeated Chelsea in 2000.

Laudrup’s side go into the game without a number of key players, with captain Ashley Williams, Gary Monk and Pablo Hernandez all unavailable due to injury, while Angel Rangel could also miss out after picking up a knock in training.

The Danish coach admits he has been impressed by the Swiss side and after seeing them beat Kuban Krasnodar in the opening fixture of the competition, the boss has warned his players they cannot afford to take anything for granted.

“I’m looking forward to a difficult game for us and even if we are doing well we have to keep an eye on this spirit they have,” said Laudrup. “They play a little different from us, a bit more direct.

“We have to be careful. We are the home team. We will have to try to control the game and we probably will, but always with an eye on their counter-attack and team spirit.”