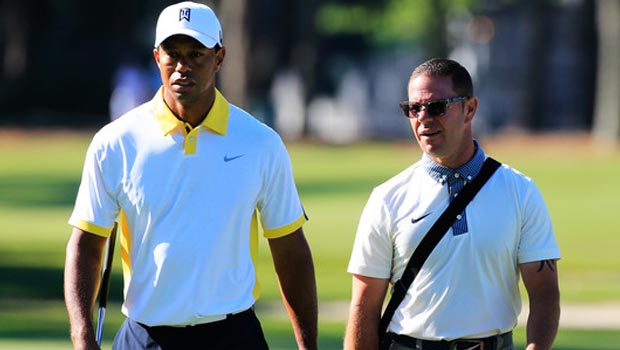 Former world number one Tiger Woods says “there is no timescale” on appointing a new coach after the American parted ways with Sean Foley on Monday.

The duo started working with each other four years ago but in that time there has been little to cheer about after a tough spell in the game for the 14-time major winner.

Woods has been unable to add any of the ‘big four’ championships to his collection since the victory at the US Open way back in 2008.

The 38-year-old did return to the top of the world golf rankings in 2013 after some good performances on the PGA Tour, leading many to suggest that the American could once again challenge Jack Nicklaus’ major record.

An injury-plagued 2014 has severely hampered Woods’ chances though, with a back problem eventually requiring surgery at the end of March.

The operation caused the American to miss the Masters and the US Open and when making his return to competitive action there was little to cheer about as the former world number one finished in 69th in the British Open at Hoylake – 23 shots behind champion Rory McIlroy.

Woods recently missed the cut at the US PGA Championship after the back troubles once again flared up, with the 38-year-old also ruling himself out of contention for the Ryder Cup which America are priced at 2.61 to win.

The decision has now been made to part ways with Foley and the 14-time major winner has taken the time to thank the coach for the past four years.

“Sean is one of the outstanding coaches in golf today, and I know he will continue to be successful with the players working with him,” he said.

“Presently, I do not have a coach, and there is no timetable for hiring one.”