Open Championship: Rose to play with Els at Muirfield 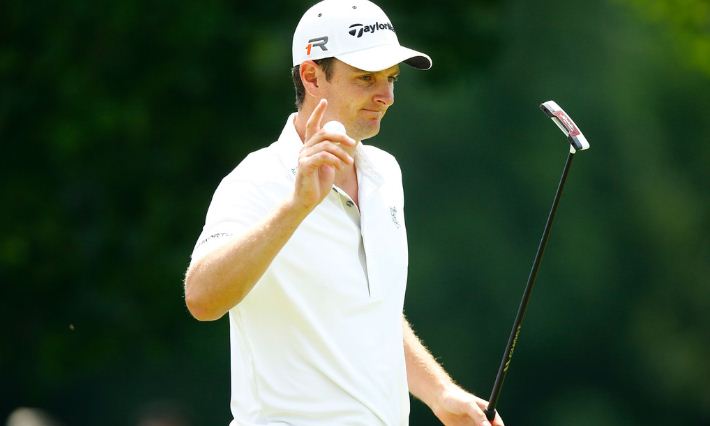 Justin Rose will play with defending Open champion Ernie Els in the first two rounds at Muirfield after the draw was made on Monday.

Fresh from his victory at the US Open last month, Rose will tee off at 09:11 BST on Thursday and will also be joined by the American, Brandt Snedeker.

Newly-crowned Scottish Open Champion Phil Mickelson will play with world number two Rory McIlroy and Hideki Matsuyama from Japan, with the trio due to go off at 09:44.

The crowds will have to wait until 14:45 to see Tiger Woods begin his quest to win his 15th major title. The world number one will be joined by Northern Ireland’s Graeme McDowell and 2010 champion Louis Oosthuizen.

Masters champion Adam Scott, who surrendered the championship to Els last year when he threw away a four-shot lead at Lytham, will tee off at 14:12 along with England’s Luke Donald and Matt Kuchar.

In the group before them Lee Westwood will be looking to end his Major drought and will play with Sergio Garcia and Charl Schwartzel.

Meanwhile, Els says accuracy will be the key this week at Muirfield as the baking hot weather has changed the nature of the course.

“Since my first practice round two weeks ago it’s amazing how the course has changed,” he revealed.

“The course is getting firmer and faster and accuracy will be at a premium.”

Els is also feeling good ahead of the first round on Monday and is refusing to rule out a successful defence of his Open crown.

“I really can’t wait for Thursday, I have a good feel about it,” he added.