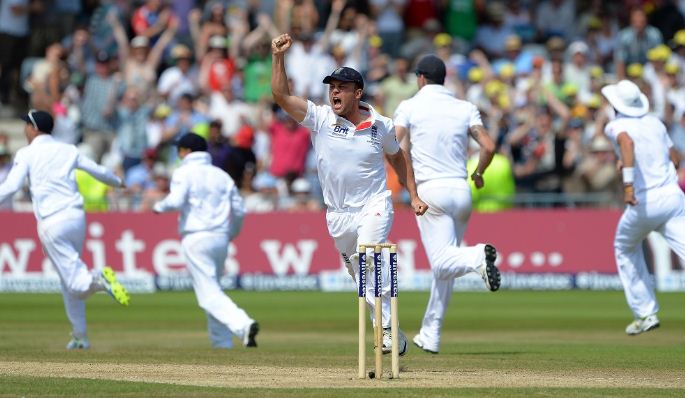 England have named the same squad of players for the second Ashes Test, which gets underway at Lord’s on Thursday.

Alastair Cook’s men drew first blood in the series with a narrow 14-run victory against the Australians at Trent Bridge and it comes as no surprise that the selectors have stuck with a winning squad.

Cook and coach Andy Flower will pick from the same 13 players for the second Test and will have to decide whether to stick with Steven Finn, who struggled in Nottingham.

Tim Bresnan and Graham Onions are both pushing for the role as the third seamer and Cook is likely to leave a decision until the day of the game when the conditions have been fully assessed.

When announcing the squad, national selector Geoff Miller praised England for their performance, and is predicting more excitement over the remaining four Tests.

“It was a fantastic start to the Investec Test series, with both sides showing a huge amount of skill and determination,” he said.

“I would like to congratulate England on showing a great deal of composure to win by 14 runs.

“I have no doubt that the rest of the series will be equally compelling.

“We have selected the same squad for the Lord’s Test, because this continues to provide options for Alastair Cook and Andy Flower.”