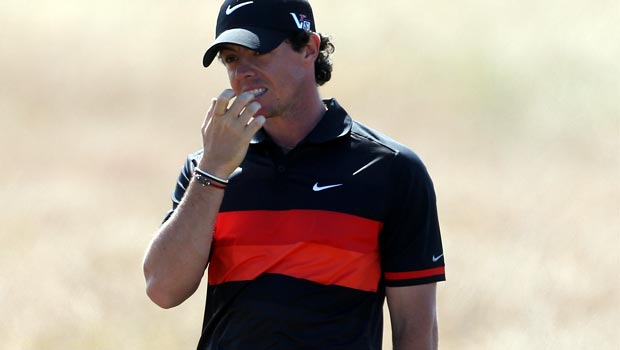 Rory McIlroy has admitted his disappointment at Tiger Woods’ absence from the year’s first major but believes that the world number one’s withdrawal leaves The Masters ‘wide open’.

McIlroy is now seen as the favourite at around 8/1 to win his first Green Jacket and third major title, with last year’s winner Adam Scott priced just behind at around 9/1.

Woods has won four times at Augusta but will miss this year’s event, starting on April 10, after undergoing surgery to correct a pinched nerve in his back.

McIlroy is disappointed at the setback for Woods, and admits that his absence will be a big loss to the event.

“TV ratings and prize money are up hugely from before he came on the scene. It’s great to have Tiger Woods in golf. Hopefully he’ll only be out for a little while, it creates a bigger buzz when he’s around.”

Woods has perhaps not been the force of old, despite returning to the top of the world rankings, and McIlroy believes the sport is waiting for someone to take up the mantle.

“It’s almost like golf is waiting for someone to stamp their authority on the game and be that dominant player,” he said.

Phil Mickelson had also given The Masters organisers a scare with his own recent injury problems but has put minds at ease by competing at this week’s Shell Houston Open.

‘Lefty’ enjoyed a solid start in Texas by carding an opening round 68 and revealed he was feeling a ‘lot better’ after a pulled muscle forced his withdrawal from last week’s Valero Texas Open.