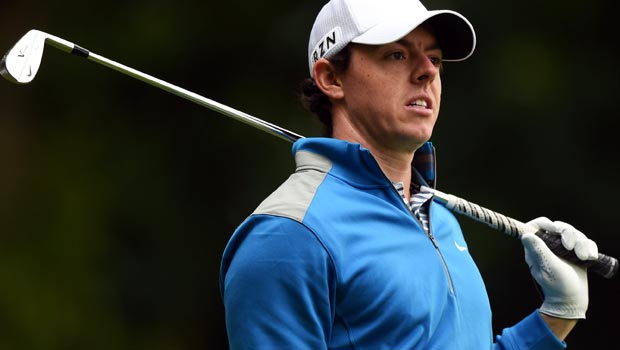 Rory McIlroy claims he is pleased with his form as he looks to have a “great week” at the Irish Open at Fota Island this week.

The 25-year-old Northern Irish former world number one will surprisingly have his first taste of action on the County Cork course in the Republic of Ireland from Thursday.

And despite going into the tournament on the back of a disappointing US Open at Pinehurst, where he finished tied for 23rd and 15 shots off the winner Martin Kaymer, McIlroy is “really happy” with his overall form this year.

He won the BMW PGA Championship at Wentworth by one stroke in May, while he has also tied for 15th at the Memorial Tournament and tied at sixth at The Players Championship in his recent outings before the US Open.

And looking ahead to the Irish Open, McIlroy told the European Tour website: “I don’t know Fota at all and I’ve never been to Cork, unbelievably.

“It’s going to be good. Irish Opens are always great events – they are always so well supported and so well attended, so I’m looking forward to it.

“I’ve heard great things about the course, so I’m really looking forward to getting down there and seeing it for myself. I vaguely remember watching the Irish Open on TV when it was there in 2002. It’s a parkland golf course, which will be nice after last week at Pinehurst, where I made only nine birdies in four rounds.

“I’m a little disappointed I didn’t do better this week but I’m really happy with where my game is right now and it’ll be the first time playing in Europe since I won the BMW PGA Championship.

“I’m going there third in The Race to Dubai so there’s a lot to play for and hopefully I’ll have a great week.”

McIlroy can be backed at 5.50 to win the Irish Open, while fellow compatriot Graeme McDowell is 17.00 to come out on top at Fota Island.