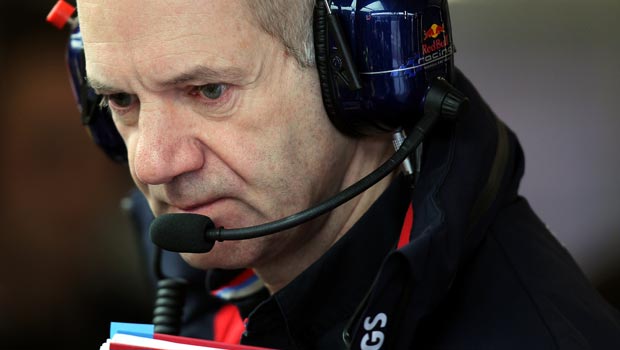 Red Bull’s chief technical officer Adrian Newey has heaped praise on driver Daniel Ricciardo and claims he has already “exceeded all our expectations”.

The 24-year-old Australian, who was drafted in to replace the outgoing Mark Webber at the Milton Keynes-based Formula One outfit for the 2014 campaign, has outpaced four-time world champion Sebastian Vettel so far this season.

Ricciardo was agonisingly denied a podium finish on home soil in the opening grand Prix in Melbourne after being disqualified for exceeding fuel flow, while he secured two third-placed finishes before picking up Red Bull’s first win at the recent Canadian Grand Prix.

He sits in third place in the drivers’ standings, 61 points behind Mercedes’ Nico Rosberg, while Vettel is languishing down in fifth, 19 points further adrift.

And Newey is delighted with the way he has taken to Formula One in the hope he can continue to put pressure on Mercedes’ duo Rosberg and Lewis Hamilton as the season progresses.

“Daniel has been massively impressive this year,” Newey told Autosport.

“He has certainly exceeded all our expectations.

“What I find amazing about him is how calm he is in the car. When he’s on the radio it’s like he’s sitting down with a cup of tea and driving one-handed. It’s quite remarkable.

“He’s very calm, collected, takes everything in his stride, and he’s really enjoying his job.”

Ricciardo is 15.00 to secure a second successive win at this Sunday’s Austrian Grand Prix, while Vettel is 17.00 and Hamilton is the 1.71 favourite.