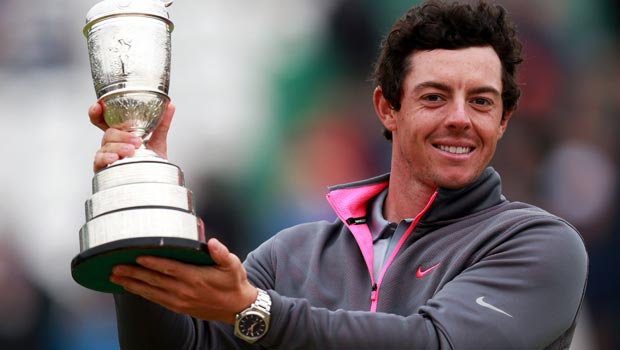 Northern Irishman Rory McIlroy was quick to admit that Sunday’s final round in the Open wasn’t easy as he just managed to hold on at Royal Liverpool.

McIlroy started the round six shots clear but he was soon making a number of errors as the pressure mounted at Hoylake.

His lead was eventually cut down to two as Ryder Cup team-mate Sergio Garcia stormed up the leaderboard on the final day.

However, the Spaniard was unable to close the gap any further and McIlroy moved three in front when he birdied the 16th.

Garcia finished joint second alongside Ricky Fowler who once again showed his potential as he performed well at another major.

McIlroy has now won three majors by the age of 25 and he was quick to reveal his relief after lifting the trophy.

He told reporters: “It feels incredible. Today wasn’t easy. There were a lot of guys making runs at me and I just needed to stay focused, keep in the present and concentrate on what I was doing out there.

“To be three legs towards the career grand slam at the age of 25 is a pretty good achievement. It’s not going to sink in for a while.

“The lead never got less than two. I always felt I had that little bit of a cushion.

“The Open Championship was the one you really wanted growing up, and the one you holed so many putts on the putting green to win, to beat Tiger Woods, Sergio Garcia, Ernie Els, whatever.

“I never dreamed of being at this point in my career so quickly.”