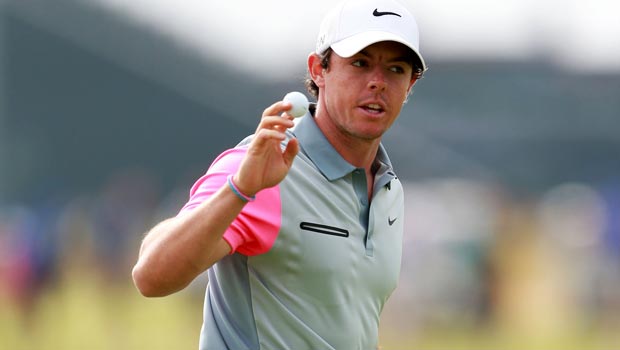 Rory McIlroy is determined to continue his impressive run of form as he prepares to try and make it four-in-a-row at this week’s The Barclays at Ridgewood Country Club.

The 25-year-old Northern Irishman has been at the top of his game this summer with an Open Championship win at Royal Liverpool followed by a victory at the WGC-Bridgestone Invitational in Ohio when he defeated Phil Mickelson by one shot.

McIlroy made it win number three at the year’s final major tournament when he secured the US PGA title at Valhalla earlier this month.

He has put his success down to his “peace of mind and mental clarity” which has left him comfortable whenever he steps out onto the course. And, as a result, the world number one feels confident that he will win every tournament that he is participating in.

He added on Sky Sports: “I’m confident in my ability and I know that if I do the right things on the golf course then this is what can happen, these are the results. It’s nice knowing that, stepping out on to the golf course with no doubt in your mind.

“If you can execute what you need to then you’re going to have chances to win all these big tournaments. That gives you peace of mind automatically stepping out on to the first tee.”

McIlroy feels the course at Ridgewood in New Jersey will suit many players’ style, but he is looking to come out on top once again.

He said: “A little bit of length gives you an advantage on some holes but you’ve got to be precise because the rough is so thick.

McIlroy is 5.00 to win The Barclay, while reigning champion and former world number one Adam Scott can be backed at 15.00.