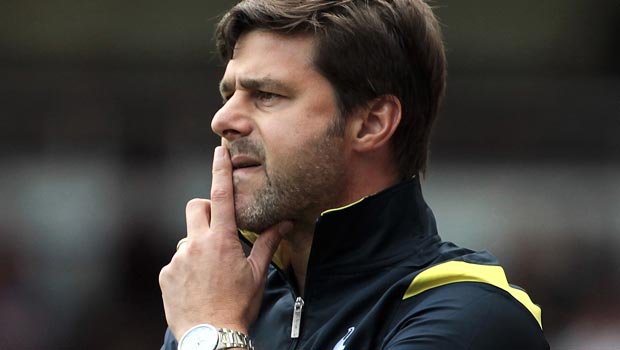 Tottenham head coach Mauricio Pochettino has performed a U-turn over his views on the Europa League and is now looking to guide the Londoners to success in the competition this season.

The Argentinian tactician moved to White Hart Lane from Southampton on a five-year contract in the summer and his first season in north London will coincide with Europa League football following the side’s sixth-placed Premier League finish last term.

The irony is that Pochettino had dismissed the merits of the Europa League during the course of last season when there was a possibility that the Saints could qualify.

He felt it was a competition for teams not able to mix it with Europe’s big guns and claimed it can “kill” the league ambitions of clubs because of the number of extra games involved.

However as Spurs embark on their Europa League play-off against AEL Limassol with a first leg in Cyprus on Thursday evening, Pochettino has relaxed his stance on the competition mainly because the winners of the tournament will be guaranteed a place in next season’s Champions League.

“The Europa League is now a different competition,” Pochettino said.
“Why? Well, if you won it last year you basically got nothing. Just a trophy.

“Now the Europa League gives you the opportunity to play in the Champions League. That is a big challenge for us.”

In the meantime Pochettino is not expecting an easy night on a tricky pitch in the Cypriot heat given that AEL Limassol defeated Zenit St Petersburg 1-0 at home in their Champions League third qualifying tie, which they eventually lost 3-1 on aggregate.

The 42-year-old once played for Espanyol against APOEL Nicosia in Cyprus in 1996 and he admitted that the Spanish side’s hard-fought 2-2 away draw and 1-0 home win in the second leg would be something he would gladly accept for Spurs.