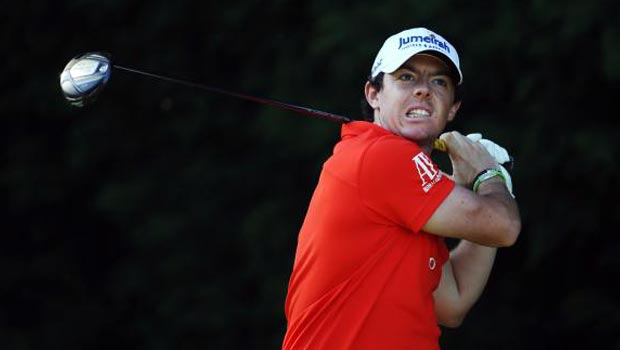 Rory McIlroy is hoping he can shake off a knee injury ahead of the second round of the Memorial Tournament.

The Northern Irishman was in sublime form on Thursday as he carded 63 on the opening day. He continued his fine form, after winning the BMW PGA Championship at Wentworth on Sunday, by finishing three clear of the rest of the field.

McIlroy ended the day on nine-under-par but it could have been far better, but for a double-bogey on the 14th.

He showed his class on the front nine but responded with some splendid shots during the latter part of the round to continue his dominance at the top of the leaderboard.

Paul Casey, Chris Kirk and Bubba Watson are all in contention after rounds of 66, and they’ll eagerly await McIlroy’s injury news after he seemed to show discomfort at the seventh hole.

McIlroy, who is 2.30 to win the Memorial Tournament, is hoping that treatment will ease the problem as he looks to continue his momentum ahead of the US Open next month.

He told the Golf Channel: “I felt it on my second shot on seven today. I think my foot might have just got stuck in the ground a little bit and tweaked my knee.

“I’m going to go and get some treatment done now and have a physio look at it.

“It’s painful right after I hit shots and then I walked it off and it would be OK, but then it would be painful again (after the next shot).

“With a little bit of ice and some treatment, hopefully it will be alright for tomorrow.”