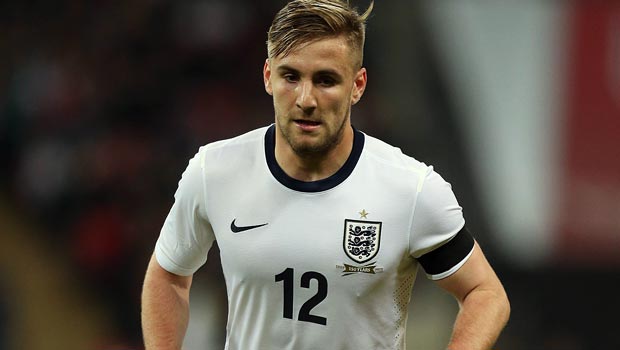 Hodgson’s side will be under the spotlight at Wembley as they look to click ahead of this summer’s World Cup in Brazil.

The former Liverpool boss has a fully-fit squad to choose from, apart from Shaw who has been suffering from a cold for the majority of this week.

Confirming Shaw’s illness, Hodgson told reporters on Thursday: “We have no injury concerns but Luke Shaw has had a slight cold.

“He travelled down on Saturday but he didn’t train today and we’re being very cautious. We can’t say whether he will recover or not but it’s a very minor issue and will quickly go over. We won’t know until tomorrow (Friday) morning whether he can take part against Peru.”

The Three Lions fly to Miami next week for friendlies against Ecuador and Honduras before their first competitive clash in Group D against Italy on June 14.

Hodgson’s squad have been training in Portugal and at St George’s Park and he insists many members of the squad have made an impression.

“Over the last 10 days in training, the performances of these players have been so good. They are keen to stake their claim and I have to admit it won’t be an easy choice, but that’s how I expect and want it to be,” he said.

“There are a lot of senior players who will undoubtedly feature but there are lots of places around them that are up for grabs and at the moment everyone is doing their best to grab them.

“I would defy anyone to second guess my first XI. The team don’t know themselves and won’t until tomorrow.”

England are the heavy favourites to beat Peru on Friday at odds of 1.28, while the draw can be backed at 5.14 with Peru priced at 9.60.