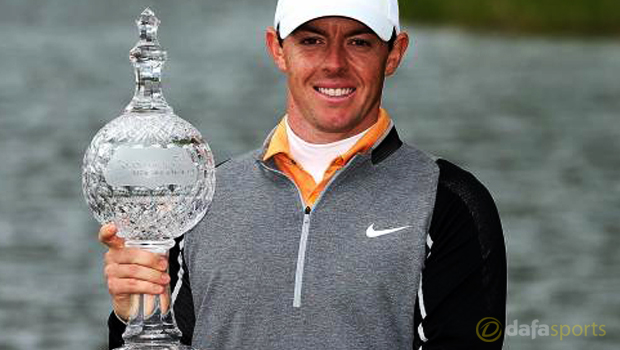 Rory McIlroy is keen to build on his victory at the Irish Open on Sunday, as he looks to enjoy a summer of success.

The Northern Irishman finished three-shots clear of the field at The K Club, with a birdie-par-eagle finish helping him to secure his first win of 2016 and fend off a stern challenge from Scotland’s Russell Knox.

The 27-year-old, who had not won an event since the DP World Tour Championship, Dubai, in November, has also moved up to second in the Race to Dubai behind Masters champion Danny Willett, and he is hopeful the victory can act as a catalyst for a successful summer.

He said: “It means a lot for my summer. It’s nice to get that first win of the year. I kept telling myself, kept telling anyone that would listen, my game was close.

It was just a matter of everything clicking. Maybe those last three holes is the catalyst for another big summer.”

The summer is expected to be a busy one for McIlroy, who remains at number three in the world rankings, as he will look to add to his tally of four major victories, as well as achieve success in the Olympics and the Ryder Cup.

He continued: “I really feel like my game is in good enough shape to kick on from here and to challenge in the three final majors, and obviously everything else we have to play for this year, Olympics, Ryder Cup, Race to Dubai, FedEx Cup.”

McIlroy is likely to be part of Darren Clarke’s European team for the Ryder Cup at Hazeltine National Golf Club, with Europe available at 2.15 to win the competition, while the United States are on offer at 1.85 and the draw is priced at 11.00.