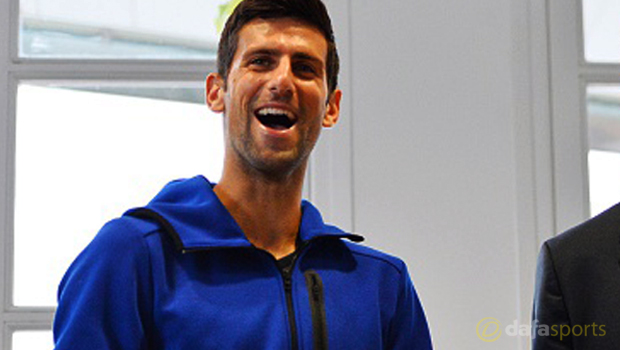 at this year’s tournament.

The world number one has failed to achieve glory in any of his 11 previous attempts at Roland Garros, and if he were to emerge victorious this year then he would set an Open era record for most appearances before winning a title in Paris.

The Serbian has won 11 major titles during his career and he has been beaten in the final of the French Open on three previous occasions, including in each of the last two years.

The 29-year-old admits that he is determined to win a major title in Paris, but insists he is not obsessed by his desire to secure a career Grand Slam.

Djokovic said: “Of course I anticipate myself, as everybody else [does], to try to get my hands on this title this year. “Even if my career was done tomorrow, I made some achievements that I must be proud of. So, that’s how I approach things.

I don’t try to approach them from a point of view of being obsessed with this tournament or with any other tournament, for that matter.”

Djokovic will begin his latest attempt to claim glory in Paris when he takes on world number 100 Yen-Hsun Lu in the first round on Tuesday.

The reigning Australian Open champion won the only previous meeting between the two men in straight sets at Wimbledon in 2010, and he is available at 1.08 to repeat that 3-0 triumph on Tuesday.