Rory McIlroy in contention at Firestone 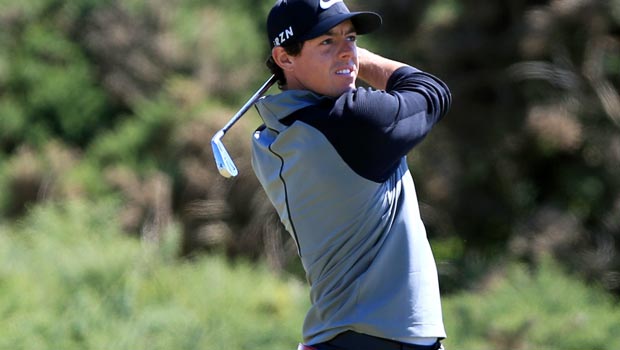 Rory McIlroy believes he is in a “great position” going into the weekend after moving into contention at the WGC-Bridgestone Invitational on Friday.

McIlroy followed up Thursday’s opening round of 69 with a superb six-under-par 64 to move within four shots of leader Sergio Garcia in Akron, Ohio.

The British Open champion climbed 11 places on the leaderboard as he continued to put his ‘Freaky Friday’ form behind him by posting birdies in the first three holes.

After a bogey at the sixth, the Northern Irishman birdied four more times, including at the 17th and 18th.

He is now tied for third with Australia’s Marc Leishman, one stroke behind Englishman Justin Rose.

“It’s not like I could put it down to anything that was happening on Fridays,” he said afterwards. “But it’s nice to put it to bed and shoot a couple of good second-round scores.

“I’m in a great position going into the weekend, which I’m really happy about.

“I’m still four back going into the weekend, but I feel like that could have been a lot more. So it’s a good finish.”

McIlroy finds himself four shots adrift of Garcia after the Spaniard produced a career-best, nine-under-par 61.

He birdied each of the final seven holes to complete the back nine in just 27, beating the old record at Firestone by two shots.

Garcia said: “I’ve been fortunate to have some good rounds but I think that was my lowest round in tournament play and also my lowest nine holes so it was very nice.

“I did get a little bit lucky on the front nine. I hit bad tee shots on four, eight and nine and got good breaks and was able to save par and that kept my round going.

“And then I started hitting the ball really well on the back nine, I hit two very close on 12 and 13 and kept giving myself chances and rolled it very nicely so I’m thrilled with it.”

Garcia is now the red-hot 2.70 favourite to win the WGC-Bridgestone Invitational while McIlroy is 4.30.