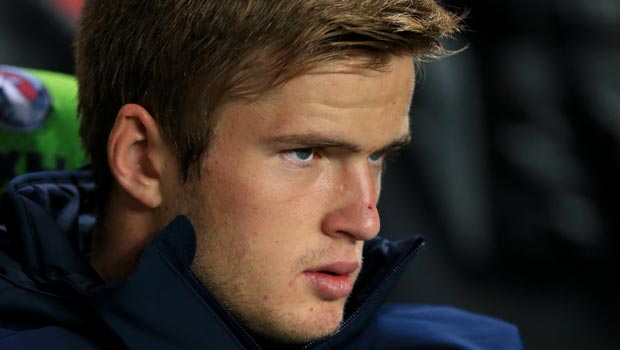 Dier, who has represented England at Under-21 level, joins Spurs for £4million to become their third signing of the summer.

The 20-year-old centre-back was born in Cheltenham but moved to Portugal aged seven and has risen through the ranks at Sporting Lisbon, having joined the Primeira Liga club as an eight-year-old.

He played 26 times in the Portuguese top-flight, scoring one goal, and also spent a season on loan at Everton without making a first-team appearance.

Dier has been linked with Arsenal and Manchester United in the past but has now chosen to join Spurs under new boss Mauricio Pochettino.

“I’m really excited to be joining such a big club,” Dier told the club’s website.

“It’s always been my ambition to come back to England and play in the Premier League.

“I’m really happy to be here. I want to impress the manager and keep the fans happy, I just want to do as well as we can with the club.

“Spurs are a massive club. I’ve always enjoyed their attacking football and I think coming from Portugal that suits me – this season I want to adapt really quickly to the Premier League and have as good a season as we can.”

The north London club are priced at 67.00 to win the Premier League for the first time in their history next season. Spurs can also be found at 12.00 to win the FA Cup and 12.00 to lift the Capital One Cup.