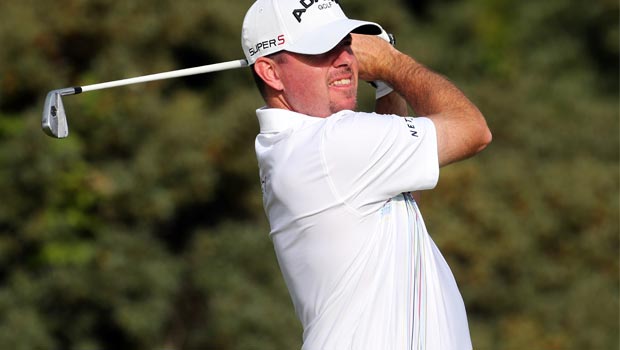 Robert Garrigus’s quest for just his second PGA Tour win is still on track despite a bogey at the last resulting in his lead shrinking to just one stroke heading into the final round.

The 36-year-old started the third round of the Valspar Championship with a three shot advantage and looked like increasing that, with back-to-back birdies moving him four clear after five holes.

However, the back nine proved more of a problem for the American as missed par putts at the 13th and last allowed the chasing pack to close in as he carded a 70 to move onto eight-under for the tournament.

Garrigus is now priced at 3.22 to hold on to top spot on the leaderboard but will surely be feeling the pressure at the Innisbrook Resort as a number of big-name players made their moves on Saturday.

Garrigus, whose last PGA Tour win came back in 2010, appeared relaxed though when asked about his final round prospects, claiming he won’t be playing it safe on Sunday.

“I’m in a good position. If I play well tomorrow and shoot under par they’re going to have to come get me. That’s what I plan on doing,” said Garrigus.

“I can’t sit there and make pars and expect to win the golf tournament. I’m looking forward to tomorrow.”

Kevin Na is one man who will be hoping Garrigus can’t deliver on his aims after moving up into second on seven-under overall with a third round 68.

One shot back on Na is Australian John Senden, who, along with Retief Goosen, fired the best round of the day, a 64, to move into contention on six-under.

Englishman Justin Rose will also consider himself in the hunt for a first win of the season after moving onto five-under in what is the 33-year-old’s third tournament of 2014 following a shoulder injury.

Rose will tee off in the penultimate group with Senden on Sunday and is 1.55 to win his two-ball with the Australian.