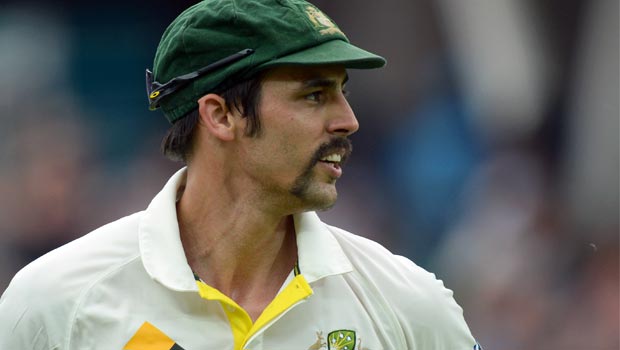 Australia’s hopes of a first World Twenty20 title have suffered a setback after star paceman Mitchell Johnson was ruled out of the tournament with a toe injury.

The 32-year-old has been in devastating form this winter, taking apart England in the Baggy Greens’ 5-0 Ashes whitewash before leading the Aussies to a series win in South Africa.

The left-arm fast bowler suffered the injury in the final Test match of the series with the Proteas and was sent home in the hope he would be ready for this month’s World Twenty20.

However, Johnson has not responded to treatment and will remain in Perth for rest and recuperation as Doug Bollinger takes his place in the squad.

Cricket Australia’s chief medical officer Dr Justin Paoloni said:
“Mitchell had a cut on his right big toe after the third Test against South Africa, which became infected when he returned home to Australia after the series.

“We have given Mitchell as long as we can but unfortunately his infection hasn’t responded to the treatment as quickly as we had hoped with swelling remaining in his toe and foot.

“It is difficult to say how quickly the infection will take to resolve and, due to the high risk of infection recurrence with a return to bowling, we feel it is in the best interests of Mitchell’s health for him to continue to receive intensive treatment in Perth.”

Bollinger’s call-up might come as a surprise to some as he has not represented Australia since October 2011 but chairman of selectors John Iverarity says he has been chosen given his experience on the sub-continent.

Iverarity said: “Doug has had significant experience in the sub-continent and in international white-ball cricket and his ability to bowl with good pace was a factor in his selection.”

Bollinger will hope to be involved in Australia’s warm-up game with New Zealand on Wednesday before the Baggy Greens kick off their World
Twenty20 campaign against Pakistan on March 23.