Golf: Race to Dubai far from over

Posted by Jason Stepford on November 5, 2013 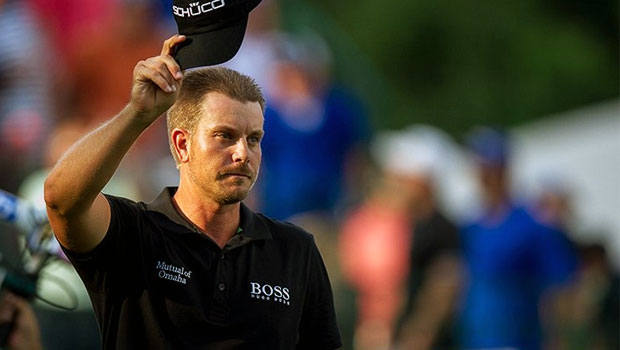 With two events still left in golf’s Race to Dubai, leader Henrik Stenson is still not over the finish line.

The Swede, who picked up a $10million bonus for clinching the season-ending FedEx Tour series, is in the lead as the Race to Dubai hots up, but is just 146,000 points ahead of Graeme McDowell after the Northern Irishman’s third-place finish at the WGC-HSBC Champions.

Justin Rose came fifth in Shanghai on Sunday, and is in third place, while fellow Englishman Ian Poulter lies in fourth after a sterling effort in the WGC-HSBC, in which he failed by just three strokes to defend his title as Dustin Johnson roared back to prevail.

Stenson, Rose and Poulter will all tee off on Thursday in Turkey for the $7million Turkish Airlines Open before flying back to Dubai to resume battle the week after next.

Tiger Woods meanwhile will receive £1.5million just for teeing off on Thursday.

Promoter Chubby Chandler wanted a high-profile name to draw attention to the event, and they don’t come bigger than 14-time Major champion Woods.

“We almost based the date around which week he could play, and this week suited the European Tour and Tiger Woods,” said Chandler.

“The other 77 names in the field will not be familiar to Turkish fans, but Tiger Woods is. To have the World No.1 there, it always makes it special if a European Tour player can win with Tiger in the field.”

This will be a second successive Turkish tournament for Woods after he reached the semi-finals of the Turkish Airlines World Golf Finals, while a back-to-form Rory McIlroy is also set to tee off on Thursday.