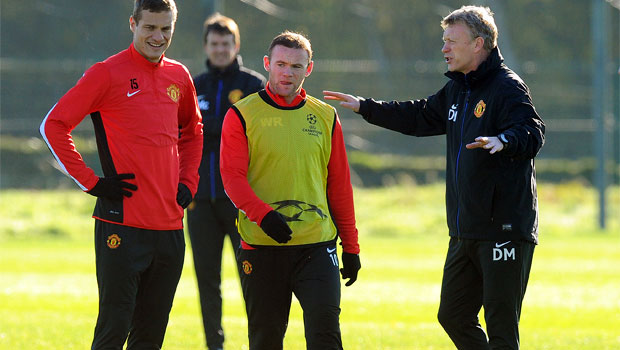 Manchester United are looking to come away from Real Sociedad with the three points that will guarantee them a place in the Champions League knockout stages.

United have travelled to Spain in the knowledge that their hosts have yet to pick up a single point on their return to the top tier in Europe after an absence of a decade.

However, United boss David Moyes will take nothing for granted in the Red Devils’ quest to reach 10 points.

“I have a lot of respect for Sociedad, and we will have to play well on Tuesday if we are going to get those 10 points which will get us over the line,” he said.

“We don’t have a lot of injuries, it’s probably the best Manchester United have had for a long time.”

Apart from the duo of Jonny Evans and Rafael who did not fly with the rest of the squad on Monday, Moyes can boast a strong side whoever lines up, although he must take into account they entertain Premier League leaders Arsenal on Sunday.

United’s form in Europe is in stark contrast to their domestic situation, as they sit in eighth place in the table with 17pts having lost three times already.

“The players are used to it. They are experienced at this level and that helps. I hope that continues.”

A lot may rest on the shoulders of in-form striker Javier Hernandez who scored his first ever goal in Europe for United in the 1-0 win over Valencia in Spain three years ago.

His Champions League tally is now seven and the Mexican has grabbed four goals in all competitions this term, so with Robin van Persie coming back to form and Wayne Rooney looking sharp, United will be confident of beating a side currently bottom of Group A.