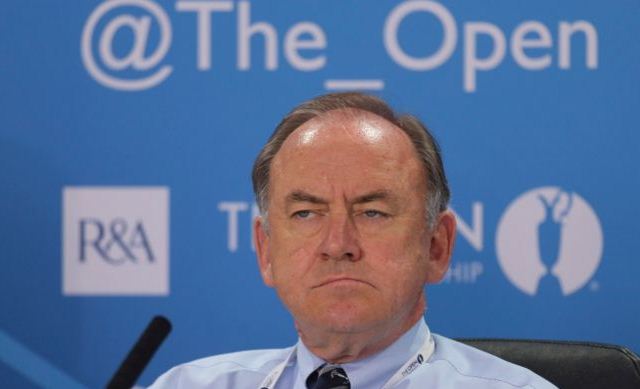 The R&A have defended the state of the Muirfield course after it came in for some heavy criticism following first round of Open Championship.

The Scottish links was already firm and dry following the recent baking weather and it played even faster in the hot sun and drying wind on Thursday.

The players in the afternoon had it the worst and there have now been calls for the R&A to set the course up differently with the pin positions.

Ian Poulter was particularly scathing of the course, labelling some of the pin positions as a ‘joke’ while he said the 18th resembled a crazy golf course and was just missing a ‘windmill and clown face’.

“Hopefully they (the R&A) will let go of their ego and set it up reasonable, but you just never know.”

Chief executive of the R&A Peter Dawson admits the course is difficult but not impossible, like some of the players have suggested.

“We’re conscious of player comments and have taken note as we plan how to set up the greens [on Friday],” he said.

“I do understand some players get frustrated. Ian Poulter bogeyed four of the last five holes – he was bound to get frustrated. It’s a very testing, tough Open championship. It is far from unplayable.”

Not everyone struggled on the opening day as American Zac Johnson fired a five-under par round of 66 to top the leaderboard with Spain’s Rafel Cabrera-Bello a shot behind on four-under.

Mark O’Meara, who is on three-under, spoke out in defence of the course when saying: “I don’t think the pin positions are unfair. If the wind had got up to 30mph then fair enough, but the wind wasn’t blowing that hard. I’ve played in 25-plus Open championships and I’ve seen conditions far worse.”