Posted by Jason Stepford on February 2, 2014 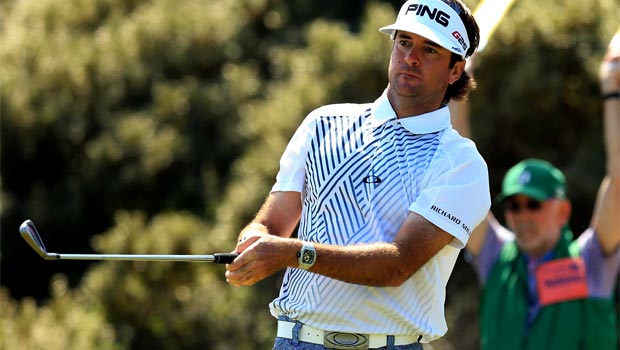 Bubba Watson is confident that he can end his long wait for a PGA Tour victory by maintaining his two-shot lead in the final round of the Phoenix Open.

The Floridian hasn’t won since claiming the 2012 Masters but has looked back to his creative best this week in Scottsdale, producing a number of miraculous escapes on Saturday to card a 68 and move to 15-under.

His total places him two shots clear of Kevin Sadler, with the trio of Ryan Moore, Harris English and Hideki Matsuyama a further stroke back on 12-under.

Despite his previous glories, Watson’s lack of wins over the last few years means he is by no means guaranteed to take the title on Sunday, a scenario which is possibly reflected in the golf betting with him at 2.350 against the field who are 1.600.

Perhaps his struggles down the back nine are what is making the bookmakers so pessimistic about his chances and the 35-year-old admits he found it difficult on his way home but is confident he can finish the job in the final round.

“(I’ve) got one more tough day but what I am seeing, building for the future, is it’s coming together pretty good.”

Watson will partner Stadler in the final round and is the favourite to shoot a lower score than the man from Nevada, with him 1.670 to outscore his closest rival in the 18-hole betting while the 33-year-old is 2.120