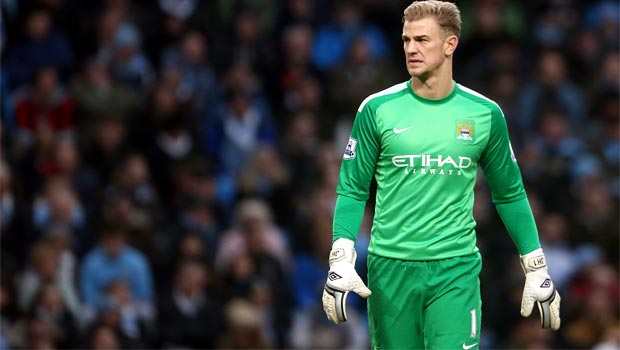 Manuel Pellegrini has insisted he has every faith in Joe Hart and that he is the right man to help Manchester City’s title challenge after overcoming his poor form in the early part of the season.

Following a couple of years of brilliance, the England star has struggled at times over the last 18 months and it was speculated that the Citizens were looking to replace him last summer.

A sluggish start to the current campaign even saw him lose his place in the side to Costel Pantilimon but he has reacted well to being dropped, winning his place back through some strong displays in the Cups and has continued to improve over the last few weeks.

Monday sees Pellegrini’s men host title rivals Chelsea, a game they are 1.87 to win, with their opponents 4.45 and the draw 3.22 and Hart will be looking for a much stronger performance than last time he faced the Blues, when his late blunder allowed Fernando Torres to score the winner when the pair met at Stamford Bridge earlier this season.

The boss insists that incident is now in the past and says he has total faith in his number one going into what could turn out to be a crucial game in his side’s season.

“He has improved a lot,” said Pellegrini. “It was very important for him to have a rest. Now you can see good performances.

“He’s improved everything. He was not taking good decisions, maybe his stats were not 100 per cent, so having a rest was very useful to him. I trust him because I see him working every day.”

City are undoubtedly the form team in the country and are currently in the hunt for four trophies, the first of which is available to them next month when they face Sunderland in the Capital One Cup final, a tournament they are seemingly nailed on to win, priced at 1.13.