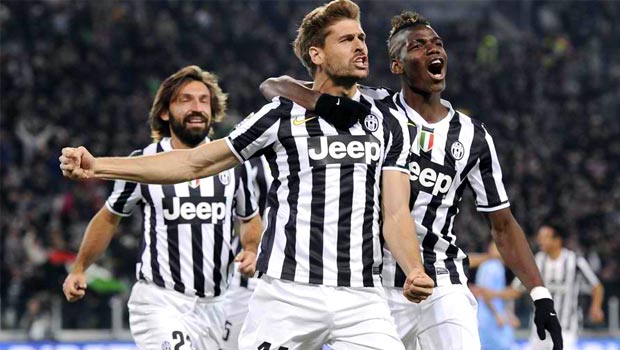 Juventus striker Fernando Llorente says he has been well prepared by his team-mates and is relishing Sunday’s “special” clash with Inter Milan.

The pair meet in Turin for the second Derby d’Italia of the season and Juve will be hoping to get back on track after drawing last time out against Lazio, a result that was preceded by their exit from the Coppa Italia at the hands of Roma.

Despite their recent stutters, Antonio Conte’s men currently sit six points clear at the top of the Serie A standings while Inter occupy fifth, although they have lost half of their league games since returning from the winter break.

This means the Bianconeri are quite understandably the favourites to win Sunday’s clash at 1.36, while Inter are 9.29 and the draw 4.83.

After a slow start to life in Italy, Llorente was left on the bench for first game between the two sides in September which ended in a 1-1 draw.

The Spaniard is now a key part of the Juve line-up though and says he cannot wait to make his first appearance in one of club football’s premier fixtures.

“My team-mates have spoken to me about Inter and the derby d’Italia,” he told Juventus.it. “I know it’s a special game that has a lot of meaning for both teams.

“This will be the first time I face Inter and I’m really looking forward to the game. We have been working very hard and we want to win.”

Winning their first fixture in February could prove crucial for Juventus ahead of what is a big month with them due to compete in the last 32 of the Europa League, a competition they are currently the 4.00 favourites to win.