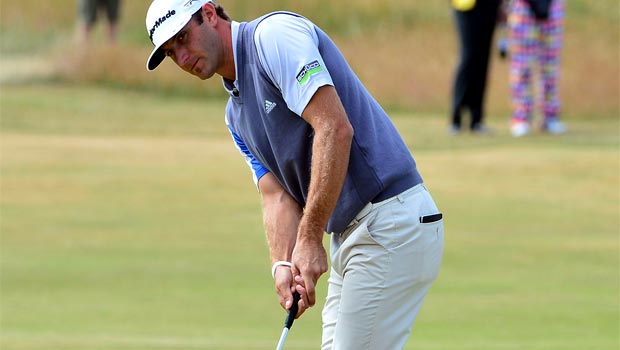 Dustin Johnson will take a one-shot lead into the second round of the Northern Trust Open after firing an impressive five-under par 66 on Thursday.

The 29-year-old carded six birdies and dropped just one shot and is one clear of a group of 11 players after the first 18 holes at Riviera Country Club.

Keegan Bradley and Rickie Fowler are in contention on -3, while Lee Westwood, who announced earlier this week that he has split from coach Sean Foley, is another shot back in a tie for 19th.

There are a number of Europeans in the field this week, with Justin Rose back in action after a lengthy absence, and the US Open champion began with a solid one-under par 70 at Pacific Palisades, while fellow Englishman David Lynn and Scotland’s Martin Laird signed for the same score.

Danish starlet Thorbjorn Olesen managed to reach the 17th in even par and is one of a handful of players who will need to finish their first round on Friday, but Ian Poulter will have to improve to make the cut as he struggled to a 72, along with Belgium’s Nicolas Colsaerts.

But it is Johnson who leads the field in California and the Ryder Cup ace appears happy with his form as he looks for win number nine on the PGA Tour.

“I’ve been playing pretty good all year, so the game’s right where I want it to be,” he said. “Coming off a good week last week, I’m definitely feeling good coming in this week and then obviously getting off to a great start.”