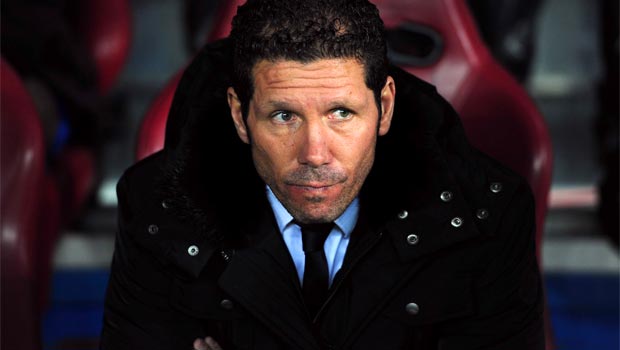 Atletico Madrid coach Diego Simeone insists he is unconcerned about recent results but admits that fatigue might be a factor.

Los Colchoneros have enjoyed a superb season to date and have finally broken the duopoly in Spanish football by challenging the big two.

Having played 23 games, they are level on 57 points with Barcelona and Real Madrid and sit third in the table on goal difference.

But the capital club have lost their last three games – two in the Copa del Rey to city rivals Real, plus a shock loss to Almeria last Sunday in the league.

Next up for Los Rojiblancos is the visit of struggling Real Valladolid and Simeone will want to return to winning ways to get some confidence back in his squad, with a last-16 Champions League encounter against AC Milan looming large next week.

But despite a slight downturn in results, the former Argentina international remains positive and feels that it is normal to experience ebbs and flows throughout a season.

“Am I concerned? No,” he said. “Eight days ago we were first in La Liga. All teams sooner or later go through a difficult moment, let’s see how we come out of it.”

Games will be coming thick and fast over the next few weeks, especially if the Spaniards get past Milan over the two legs, but Simeone has made no apologies for the tiredness that his men may be feeling.

“Are we fatigued? Could be,” he added. “Yet, if we talk of this then continuity was also one of the key factors to finding ourselves in this position.

“Nobody can guarantee that if we had played others then we would be in this position.”