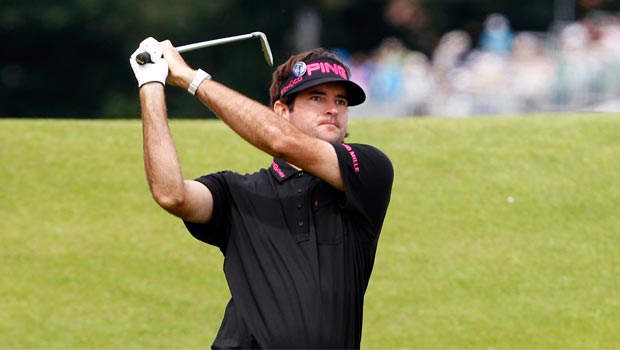 Bubba Watson knew he had simply to play great golf to land the Northern Trust Open – and that is just what he did.

Watson only just made the cut on Friday with one shot to spare, and few would have predicted that he would emerge as the winner at the Riviera course on Sunday.

But Watson, whose last win came in the Masters, suddenly started to charge up the leader-board, and managed to play the last 39 holes without a single bogey. He shot a 64 on Saturday to close in on the leaders, and began his final round on Sunday in similar fashion, ending with another superb round of 64 to gain a two-shot victory over Dustin Johnson.

That effort was the lowest closing round by any player in the tournament in the last 28 years, and in truth it was no surprise given that he nearly managed to land the Phoenix Open a fortnight ago.

A delighted Watson said: “My first win since the Masters.

“You never know when your last win is going to be.

“But winning here at Northern Trust is nice.

“I never felt down that I haven’t won yet, but just kept plugging along. And somehow, it fell in my lap today.”

It was tough on Johnson who for the second time in two weeks has had to settle for the runners-up spot, having also found one too good in the shape of Jimmy Walker at Pebble Beach.

“I was still right there. That’s all you can ask for.”

Johnson is nothing if not consistent, having now gained a top-six finish in all four tournaments this season – including a win in Shanghai, and he should be followed each-way in his current form.