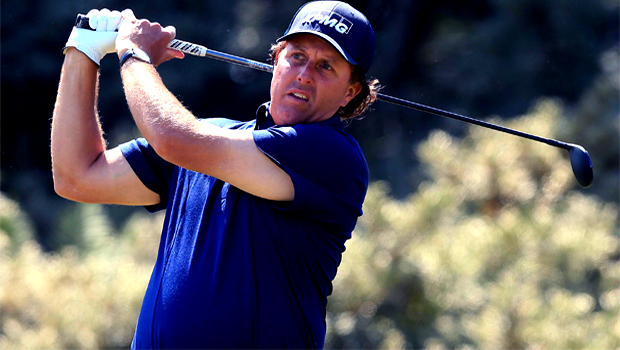 Phil Mickelson very nearly missed out on this weekend’s 95th US PGA Championship after almost forgetting to register.

The world number two, who is in the form of his life at present, having won both the Scottish Open and the Open itself, decided not to practice at Oak Hill this week ahead of the big tournament in Rochester, but had to turn up anyway, albeit unsuitably clad in shorts and flip flops, to register after totally forgetting to do so.

Had Mickelsen not registered, he would have suffered the same fate as Chad Campbell who was disqualified from the Deutsche Bank Championship three years ago. Campbell’s error was not spotted until he had played the first round.

Luckily that will not be a problem now for Mickelsen who will bid to add to his excellent 2013 by stopping the hot favourite Tiger Woods from adding to his impressive success in last week’s Bridgestone Invitational.

Mickelsen is due to tee off late on Thursday in the company of other recent major winners, Masters hero Adam Scott, and US Open winner Justin Rose

Defending champion Rory McIlroy will tee off 20 minutes ahead of Mickelson, as he bids to arrest a dip in form, having posted just one top-three finish so far this year.

McIlroy won by eight shots 12 months ago, and the Northern Irishman will take that into this year’s event.

“I love how they have set the golf course up with the graduated rough. I think it’s a great idea,” he said.

“You’re not penalised too much if you hit a shot just off line.

“I think they have set the golf course up fantastically well. It’s not an overly-long golf course, but you have to be really precise. You’ve got to hit fairways to give yourself chances going into the greens.”

He added: “I love PGA Championship golf courses because they set the golf course up so well. They are not looking to protect par. They are not bothered about people making birdies. There’s going to be opportunities to make birdies out there, but it’s obviously a very stern test of golf.”