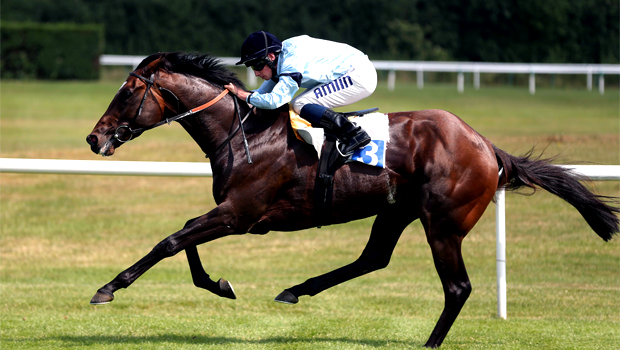 One-time Derby hope Telescope bids to make up for lost time on Saturday when heading a field of 10 for Rose of Lancaster Stakes.

Sir Michael Stoute’s colt was to be aimed at the Epsom Derby after impressing in his maiden win at Newmarket last autumn, but missed his intended trial in the Dante Stakes at York after a minor setback, and a subsequent below-par piece of work at Lingfield ensured that plans were put on hold.

Connections have had to adopt a patient approach with the son of Galileo, and could not have been more pleased when he beat his two rivals on his Leicester comeback by no less than 24 lengths.

He was visually impressive then, but now steps straight into Group 3 company as he kick starts a campaign that could well end up with his participation in the Prix de L’Arc de Triomphe, in which he would bid to emulate a former Sir Michael Stoute inmate Workforce who captured the French showpiece in 2010.

First though, Telescope will have to dispose of a line-up that includes Godolphin’s City Style, who has been placed at Group One level quite a few times, and who will be having his first outing since finishing sixth in the Dubai Duty Free at Meydan in March.

The ‘boys in blue’ are double handed, with Quick Wit boasting race fitness and an in-form pilot in Silvestre de Souza, while Lady Cecil saddles Frankel’s half-brother Noble Mission who is dropping back in trip.

Jonny Murtagh is the man for the big occasion, and gets the leg up on David Livingstone, now trained in South Africa by Mike de Kock.

As for Telescope’s partner on Saturday, owners Highclere revealed: “Sir Michael reports him to be in good form and Ryan (Moore) rides.”