Posted by Jason Stepford on February 8, 2014 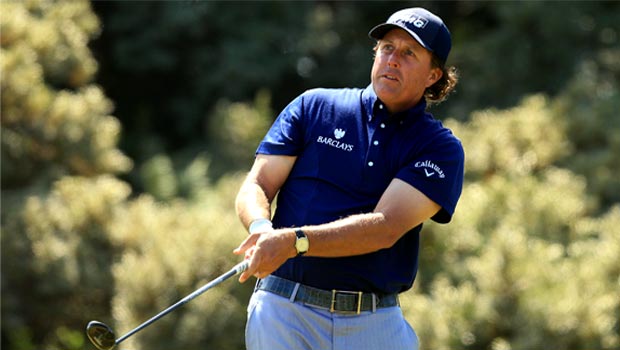 Phil Mickelson believes he still has a chance to turn his form around at the AT&T Pebble Beach National Pro-Am and come up with the win, but admits that he needs to improve his putting to claw back the five-shot deficit.

The Open champion had to finish off his first round on Friday but carded an opening effort of 63 to put himself right in the mix, only to see his position undermined by testing conditions at Pebble Beach.

‘Lefty’ struggled on the greens in particular, three-putting from five feet on the par-five second for a double bogey with another three-putt at the last, this time for a bogey, to card a 73.

Mickelson insists that his overall game is in pretty good nick, and is currently priced at 23.00 to top the leaderboard come Sunday, although concedes that his putting has let him down at the halfway stage.

“Tee to green, I’m playing very well, but I haven’t putted this poorly in a year,” he said. “For the way I’m hitting it, it’s a little disappointing because I should have a really good opportunity. And I’ll have to turn it around. It’s not too late, but I’ve got to get it turned around here.”

Jimmy Walker and Jordan Spieth currently share the lead in California at nine-under after rounds of 69 and 67 respectively, one shot clear of Hunter Mahan who carded a second successive 68.

Overnight leader Andrew Loupe, like Mickelson, found life a little tougher around Pebble Beach, slumping to a round of 73 to lie two shots off the pace, with Richard Lee suffering a similar lapse to follow up his opening 65 with a round of 72 to lie at six-under.