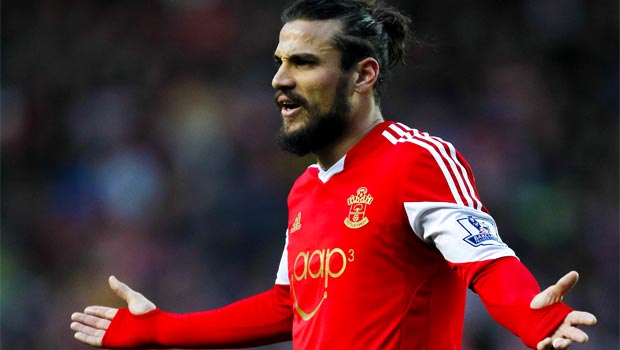 Dani Osvaldo is relishing the opportunity to ply his trade once again in Serie A after admitting he found life too tough in the Premier League with Southampton.

Osvaldo never hit the heights in England after the Saints forked out a club record fee of £15m for the striker last summer, scoring three goals in 13 appearances for the club, four of which were as a substitute.

The 28-year-old secured a loan move back to Italy in January and appears relieved to have put his nightmare stay in England behind him, for now at least.

“I struggled in England and wasn’t really able to adapt,” Osvaldo told JTV.

“It’s a very physical type of game, with really tough tackling. More attention is paid to tactics and technique in Italy and Spain and I find it suits me a lot better.”

Osvaldo could not have joined a better club in Italy, given the fact that Juventus are nine points clear of nearest rivals Roma, and look a shoe-in to land another title, currently priced at 1.06.

The Argentine-born striker enjoyed a fantastic spell at Roma prior to his move to England, scoring 27 goals in 55 appearances, and is now relishing the opportunity to work under Antonio Conte, given the success he has already brought to the Old Lady.

“Conte’s a phenomenon. He’s extremely prepared and demands a great deal, but the results are there for all to see,” Osvaldo added.

“Everything’s magnificent here, from the training ground in Vinovo to the club itself. You immediately realise you’ve joined the biggest Italian club and one of the finest in Europe.

“It’s a dream to be at Juventus and I want the dream to continue. And then there’s the World Cup, a competition I’m determined to be involved in.”

Juventus do have the option to turn the loan move into a permanent deal in the summer, and Osvaldo will be hoping to get more regular playing time in Turin as he looks to secure a seat on the plane to the World Cup in Brazil.