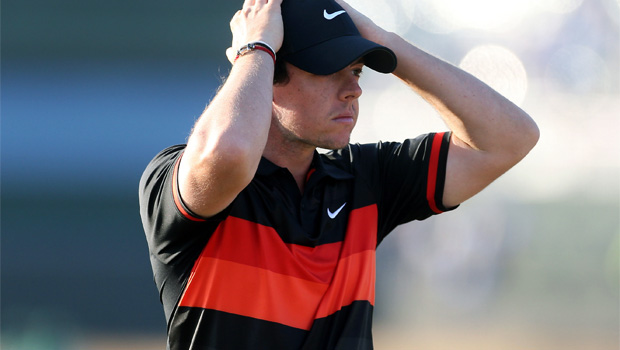 Rory McIlroy admitted he has struggled with his swing at times in 2013, while he has also suggested a dip in confidence is partly responsible for his difficult year.

The Northern Irishman has not found any sort of consistent form over the past 10 months and has slipped to sixth in the latest world rankings after sitting proudly on top spot at the start of the year.

He won the money-list title on both sides of the Atlantic last season but the 24-year-old has managed just one top-five finish during this campaign.

Plenty of observers say his decision to use different clubs for 2013 is one of the reasons why his game has dipped, but McIlroy has again played down the significance of his switch to Nike.

The 2012 US PGA winner admits he has had issues with his swing but said a lack of confidence has also been a problem at times.

“I fell into a couple of bad habits and I was trying to work myself out of it,” he said. “It affects mental issues as well.

“Golf is a game of confidence and if you are confident it allows you to play better and freer with a free mind. It definitely had nothing to do with equipment. It had more to do with how I swing.”

The Ryder Cup star also said he made mistakes with his schedule in 2013, particularly with a lack of golf early on.

“I learned a lot this year,” he added. “I was under-golfed for the first three to four months. If I had to do it all over again, I’d probably have played more at the start of this year, just to play my way into the season a little better.

“This is the first year that I struggled as a pro. It’s the first year I didn’t live up to my expectations. Coming off the back of such a good year 2012, it’s always tough to emulate that. This year is a little bit of a disappointment.”