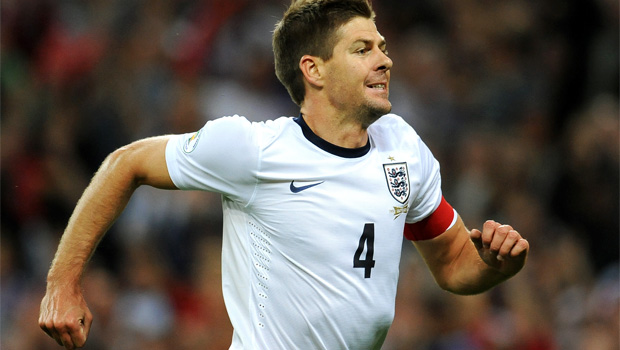 England captain Steven Gerrard says the bad memory of failing to qualify for Euro 2008 will help inspire him in Tuesday’s crucial final World Cup qualifier against Poland at Wembley.

England know a victory over the Poles – who have no chance of even making the play-offs for next summer’s World Cup – will seal their place in Brazil.

Liverpool captain Gerrard was a part of the Three Lions side that famously lost to Croatia in 2007 under then boss Steve McClaren, which meant a place at the Euros the following year slipped from their grasp.

The midfielder admits it was a tough night and it is a miserable memory in his career, but is something he will use to help motivate him against Poland.

Gerrard said: “The Croatia game is a memory you will never be able to eject and that’s why it’s important we seize this moment.

“The memories are very different when you look back. The Croatia night and experience haunts you for a very, very long time.

“When Roy (Hodgson) first called me over the captaincy and gave it to me full time, the job was to lead the lads into Brazil and it would be a huge satisfaction for me if we do it.”

Gerrard is expected to be partnered by Jack Wilshere in central midfield at Wembley with boss Hodgson set to choose the Arsenal man ahead of Chelsea veteran Frank Lampard.

Elsewhere, Andros Townsend is likely to be fit despite picking up a knock in the 4-1 win over Montenegro on Friday, while Manchester United team-mates Chris Smalling and Phil Jones are battling to replace the suspended Tottenham defender Kyle Walker at right-back.

If England fail to beat Poland they look likely to have to settle for a place in the play-offs as they bid to land a place at Brazil 2014.