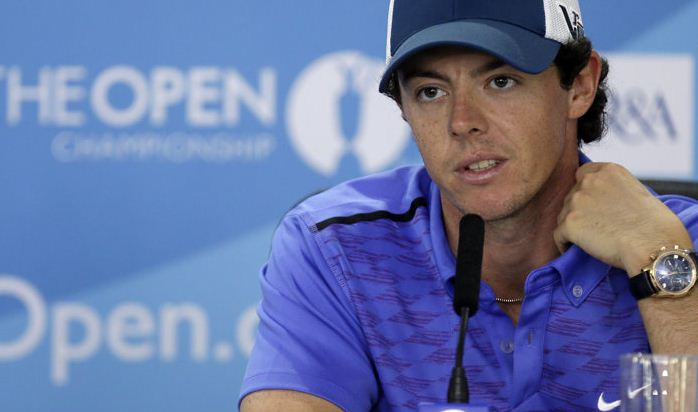 McIlroy picked up a second major last year and enjoyed five wins worldwide but has failed to replicate that kind of form this year.

The 24-year-old is yet to secure a victory this year and his loss of form has come under scrutiny.

A change in equipment manufacturer is one possible explanation for McIlroy’s struggles, while Faldo recently stated he should “concentrate on golf, nothing else”.

Faldo’s comments are believed to be a reference, at least in part, to McIlroy’s relationship with tennis player Caroline Wozniacki, but, ahead of the British Open, the world number two has told the British veteran he does not need any advice.

“That’s actually a 12-hour day compared to his eight-hour day.”

McIlroy admits he tries not to pay too much attention to the press as he feels it can be a distraction, and the 2011 US Open champion is confident he will get back to winning ways sooner rather than later.

He added: “The best thing is to try to stay oblivious about what people are saying about you and try to wrap yourself in a little bubble, but, obviously, it’s hard to avoid at times.

“It doesn’t bother me and I’m working hard on the right things, and sooner or later it will turn around and I’ll be back lifting trophies.”