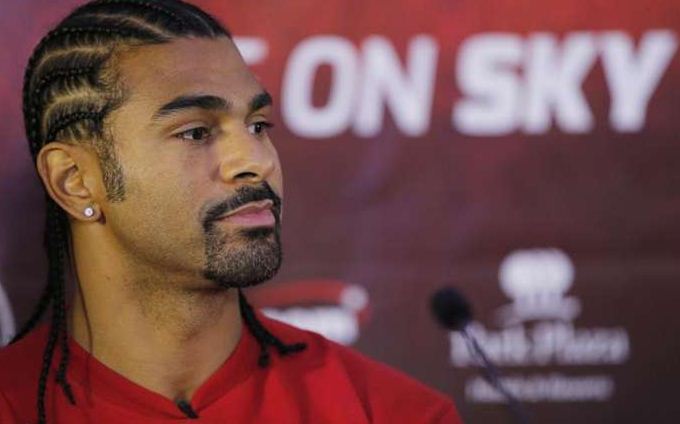 Haye will take on fellow Briton Tyson Fury on September 28 but a match-up between Froch and Groves would potentially be a bigger draw on a global scale than Haye’s upcoming bout, as Froch holds a number of titles and is widely considered the top ranked British boxer.

Froch reclaimed the WBA super-middleweight title when he avenged his 2010 defeat to Dane Mikkel Kessler earlier this year, while successfully defending his IBF crown.

There has been speculation that Froch could seek a rematch with Andre Ward, the only other man to inflict a defeat on the ‘Cobra’, but Groves has also emerged as a potential opponent as he is the mandatory challenger for the IBF title.

Haye, who has hopes of taking on one of the Klitschko brothers for a world heavyweight title after his match-up with Fury, believes Groves is more than ready for a shot at Froch and insists the unbeaten 25-year-old could come out on top.

“If George Groves isn’t ready now when will he be ready?” Haye told Sky Sports. “Who does he have to beat before people say he is ready?

“He is ranked number one behind him, so who else should he fight? There aren’t many people out there either, so if he’s not ready now, he’ll never be ready.”

There is every chance that Froch will agree to a showdown with Groves as he recently stated he would rather fight his fellow Briton than vacate the IBF belt.

Haye, who shares a trainer and manager with Groves in Adam Booth, believes the fight will be a close one should the pair meet.

“They have both got the capabilities of beating each other,” he added. “It’s down to the one who sticks to his guns and does it right on the night.

“George is definitely improving all the time. He’s maturing as a man as well and I think this will be a great fight for him. He doesn’t need to tell me why he can win. I know his style and I know Carl’s style and I know how both of them could win it.”