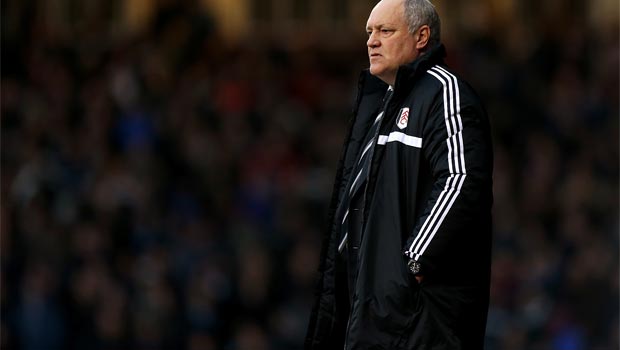 Fulham manager Martin Jol admits his future is out of his hands following his side’s crushing 3-0 defeat to West Ham on Saturday.

The Cottagers went into the clash at Upton Park having lost their last five in all competitions, a run that has seen the Dutchman come under huge pressure, with speculation rife that he could lose his job.

Compatriot Rene Meulensteen has been drafted in by the board to try and add some extra ideas but it appears as if he is yet to make an impact, as second-half goals from Mohamed Diame, Carlton Cole and Joe Cole condemned Fulham to yet another defeat.

The result means Jol’s men remain in the bottom three and things don’t get easier with their next fixture being a London derby with Tottenham on Wednesday, although they do have a winnable match against Aston Villa next Sunday.

It’s been speculated that one of the reasons for Meulensteen’s appointment was as a potential replacement for the former Ajax boss and it now seems that after Saturday’s result, the experienced coach could be on his last chance.

Jol admits he is struggling to inspire his side and has conceded that his future now lies solely in the hands of the board.

“That is of course out of my hands. I’m a fighter, and hopefully that will rub off on the players,” he told Sky Sports. “There’s more managers than me under pressure, but we all need the points.

“West Ham had a problem today, and they’ll be out of that situation now.

“It was disappointing, but if you saw us in training we’ve done well. It was very unfortunate we couldn’t exploit the situation.”