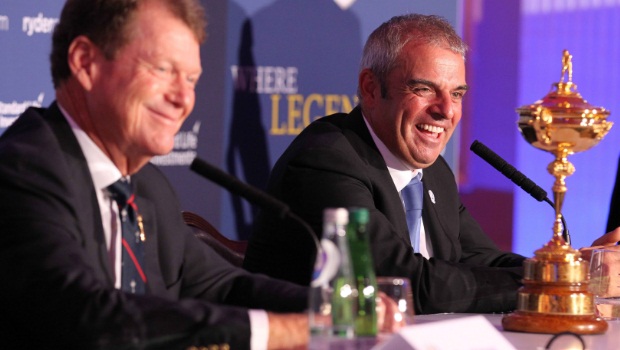 Europe Ryder Cup captain Paul McGinley insists that players on European Tour will have every chance of earning a place on his team.

McGinley is refusing to rule anyone out at the moment and insists that players like the resurgent Thomas Bjorn could well play their way back into the squad, even if they have missed recent tournaments against America.

Bjorn has tasted glory in the competition before, having won two Ryder Cups in 1997 and 2002, and has impressed on the Tour this season – winning the Omega European Masters title earlier this month.

The Irishman has decided to increase the number of pick’s he will have next year, upping it from two to three for the Gleneagles clash as he looks to give himself the best opportunity of keeping Europe’s excellent run going.

“I’m hoping it’s going to help me, that’s why I went from two to three,” said McGinley.

“Considering so many guys are playing in so many parts of the world, it’s important that I have that flexibility, should I need it.

“I’m going to be in America quite a bit next year but I’ll also be playing a full European schedule so I’ll see a lot of the players there. I’m going to be watching the guys playing on the European Tour very closely.

“If someone shows a lot of form on the European Tour going into the Ryder Cup, even if they’re not in the top 50 in the world, I’m going to look closely at guys like that and they could possibly be a pick.”

Europe are looking to make it three on the bounce in Scotland, while they have won five of the last six and seven of the last nine meetings between the two.