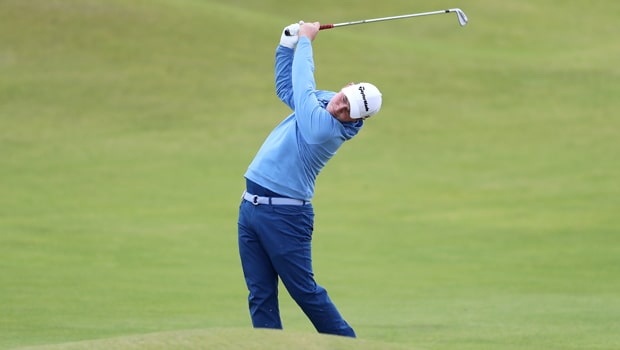 The updated leaderboard of the Porsche European Open shows Robert MacIntyre tied at the top with Bernd Ritthammer. The Scot, MacIntyre, who made just two bogeys, was not in his best of form, hence the reason he gets to share a spot he once had to himself. He began the third round, taking the lead until he made a few blunders, which Ritthammer took good advantage of. At the end of the day, MacIntyre shot 74, while Ritthammer had 70.

MacIntyre acknowledged that things were not so smooth for him, saying, “Things did not go my way today.” This is particularly interesting because he has been in the lead for quite a while now. He still is in the lead, whether he is sharing the spot or not, but the fact that he’s sharing it could mean that he has to work on himself and do better next time, so he does not slip. He may not have played his best game, but according to him, “I fought well until the end.” MacIntyre is no doubt a fighter, and that is evident by his apparent domination.

Again, he does not focus on the points, stating “It doesn’t matter where I am on the leaderboard, bottom or top, every point counts…I’m going to go out there tomorrow and play my best golf.” For him, it’s all about playing a good game and playing it as best as you can. Sure, he would love to win the tournament, but he is not putting immense pressure on himself to do so. He’s merely focused on playing as best as he can.

As for the German, Ritthammer, it is no small feat, and, according to him, “I’m not used to leading an event on European Tour.” Well, we can only see if he can maintain this lead, eventually knocking out MacIntyre from the top.

Coming in at third place is Paul Casey, who shot under 69, while we see a similar situation, like the first place, where Pablo Larrazábal and Matthias Schwab are both at the fourth position.