Royal Line gets career back, delivers in September

Posted by OLADIPUPO MOJEED on September 9, 2019 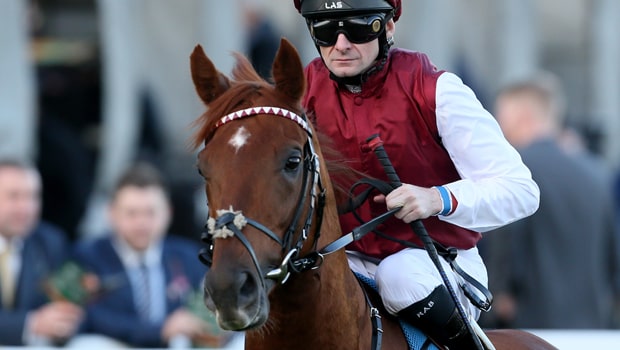 Royal Line has got his groove back after recording back-to-back victories on Saturday for the trainer, John Gosden in the Sun Racing September Stakes at Kempton.

The horse which sent out Enable Dual Arc Winner  to claim the Group Three contest on her seasonal return 12 months ago, made his first start on the all-weather a triumphant one and the Newmarket trainer saw the prize head his way once again.

The son of Dubawi had 6-1 shot burst through to hit the front deep inside the final furlong of the mile-and-a-half prize and crossed the line a length and a quarter clear of Mootasadir to win. This is his first victory since last year’s November Handicap.

Speaking on the victory, Rab Havlin, who won the jockey, noted that the son of Dubawi had got class, but he is ground dependant.

“I was worried they were going slowly down the back straight when everyone had slotted into their positions,” he stated.

While expressing his excitement that he only had a couple of horses to pass, he said the horse got caught a little bit flat-footed when he first pressed him, but he finished off good.

With this victory, the trainer is hoping that the team can have an uninterrupted preparation for the back end of the season.

While noting that it was his first time on the all-weather, he further revealed that he was entered at Chester last week, but the team didn’t think the rain would come in time but decided to go to Kempton.

Although Havlin is keen to remain at a mile and a half, Royal Line is holding Group One entries in both the Comer Group International Irish St Leger at the Curragh, and the Qipco British Champions Long Distance Cup won at Ascot.

He added that the horse had been entered at the back end as he is a different horse on soft ground, but a mile and a half on soft ground is what he wants, adding that when it is soft ground “, they have to stay very strongly.”