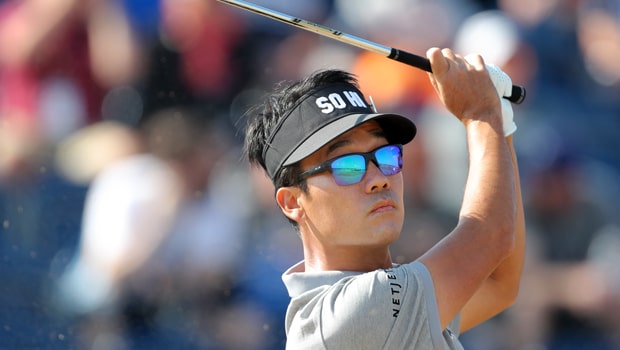 Kevin Na claimed a four-shot victory at the Charles Schwab Challenge in Texas on Sunday to secure his third triumph on the PGA Tour.

The American held a two-shot lead heading into the final round at Colonial Country Club and he produced a composed performance to keep his rivals at arm’s length – recording six birdies and just two dropped shots as he signed for a score of 66 to finish on 13-under-par for the tournament.

That marked the 35-year-old’s first victory since last year’s Greenbrier Classic and he feels the win at White Sulphur Springs gave him the belief to claim overall glory this week.

“I feel like this week was the next chance at a win, next time I legitimately could contend – and I won,” Na told reporters.

“There is always pressure, but it’s taken a lot of the load off, weight off my shoulders. I think it helped me today.”

Ryder Cup star Tony Finau finished as Na’s nearest rival, as a round of 68 saw him end the tournament on nine-under – one stroke clear of Andrew Putnam and C.T. Pan, who had to settle for a share of third-place.

It was not such a good day for Jordan Spieth whose wait for a first PGA Tour title since 2017 goes on.

The three-time major champion, who is priced at 15.00 to win next month’s US Open at Pebble Beach, had started the day just two shots off the lead, but a two-over par round of 72 meant he had to make do with a share of eighth place.