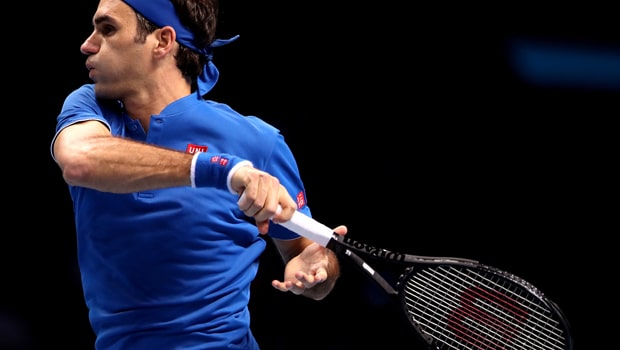 Roger Federer marked his first match at the French Open since 2015 with a routine straight sets victory over Lorenzo Sonego on Sunday.

The 20-time Grand Slam champion needed just one hour and 41 minutes to dispose of his Italian opponent 6-2 6-4 6-4 as the new-look Court Philippe Chatrier welcomed him back to Roland Garros.

It is a decade since Federer claimed his solitary French Open title and the Swiss ace says he has no real expectations for the tournament, although he was pleased with his first round performance. “It’s nice to be an outsider,” Federer said.

“That’s how I feel, anyhow, just see how it goes. I know when Wimbledon comes around, sure, I’ll be probably a higher favourite. That’s OK, too. I’m happy that I’m there where I am.

“This is not a show I’m putting on. This is the truth. I really don’t know how far I can go in this event and I am very happy with my first round. It was a really good performance.”

Federer will now face lucky loser Oscar Otte in the second round on Wednesday and he is priced at 1.02 to win that match, while his German opponent, who claimed a four-set victory over Malek Jaziri in round one, is available at 12.00.

Other notable winners on the opening day of this year’s French Open included Kei Nishikori, Marin Cilic and Stefanos Tsitsipas, while the first seed to be knocked out in the men’s draw was Marco Cecchinato, who lost in five-sets to the experienced Nicolas Mahut.

In the women’s draw there was a big shock as fifth-seed Angelique Kerber lost in straight sets to Anastasia Potapova of Russia.

There were no such problems for the likes of Sloane Stephens, Karolina Pliskova and Elina Svitolina – the latter coming through in straight sets against seven-time Grand Slam winner Venus Williams.